Euthanasia as a cure for "loss of purpose"

Speaking at the Voluntary Assisted Dying Implementation Conference held in Melbourne from 9-10 May 2018, Dr James Downar, a leading Canadian proponent of legalising euthanasia and the first doctor to carry out euthanasia in Ontario, made it crystal clear that euthanasia was primarily carried out for what he called "existential suffering" and not because palliative care could not adequately treat pain and other physical symptoms.

Dr Downar, who on his own admission has intentionally ended the lives of over 40 people by administering a lethal injection, describes the typical case of euthanasia as involving a "captain of industry, self-willed, a giver not a taker" - or at least, he adds, seeing himself that way - who simply wants to exercise control over the timing and manner of his exit rather than to die in an (ordinary) haphazard manner.

He also stressed that the eligibility criteria for access to euthanasia were all subjective and that "there are no absolute gold standards for identifying coercion." 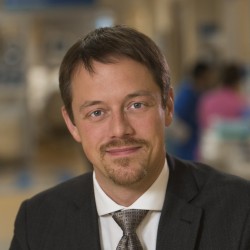 The Australian Care Alliance drew attention to Dr Downar's remarks in a letter sent to MPs in four states including Western Australia.

This letter went on to discuss "One key "existential" grounds for requesting assisted suicide identified in the 2018 data from Oregon is a concern about about being a “Burden on family friends/caregivers”.

Dr Downar has written to Western Australian MPs arguing that our "description of existential suffering is not accurate- it is not simply a concern about “being a burden” on others. For most of us, our sense of purpose is driven by the way we engage with others- through our work, our social lives, our activities, and our life events. When serious and incurable illness causes us to lose the ability to engage with others in this way, we can lose the sense that we have a "purpose" in life.  For some, this loss of purpose is so distressing that it overshadows any physical symptom we experience. Some are able to adjust to their new reality, but others are not, and there are currently no proven means of helping people make the adjustment."

Dr Downar is correct to state that existential suffering is "not simply a concern about “being a burden” on others", which is why we described it as "one key" existential ground in our letter to MPs. (Curiously Dr Downar uses data from Oregon in 2011 showing that 36.1% of the 592 people who had died from assisted suicide since 1998 had cited concerns about being a burden on family, friends and caregivers. This percentage has increased significantly since 2011 to 54.2% in 2018 plus another 14.9% of cases where the doctor didn't bother exploring this issue.)

However, the other aspects of existential suffering that Dr Downar mentions also raise serious concerns. Essentially he is proposing euthanasia as a means to help people who lose the sense that they have a purpose in life, including through being less able to engage with others in work, socialising and other activities. While he links this to having "a serious and incurable illness" [note, not just a terminal illness - this terminology would include many people with disability] this rationale would freely apply to any suicidal person with seemingly intractable challenges in finding a purpose in life.

The idea of "rational suicide" or euthanasia for "loss of a sense of purpose" in life has far reaching consequences for suicide prevention  - maybe we shouldn't bother in many cases but instead offer suicide assistance; for how we respond to people living with disabilities - maybe many of them would be better off dead; and for aged care - maybe we have nothing better to offer the lonely, frail elderly than euthanasia.

The Australian Care  Alliance welcomes Dr Downar's honesty about the real reasons for euthanasia in Ontario. The question facing MPs around Australia is whether they support his counsel of despair and agree that euthanasia is a valid response to the loss of a sense of purpose. We do not agree - we can and must do better than that.