"We open this door at the peril of all future generations as we move one step closer to a heartless and expedient society where everything is expendable, including the lives of all those whom we, others, or even the state deem ‘unsatisfactory’”.

"We open this door at the peril of all future generations as we move one step closer to a heartless and expedient society where everything is expendable, including the lives of all those whom we, others, or even the state deem ‘unsatisfactory’”. 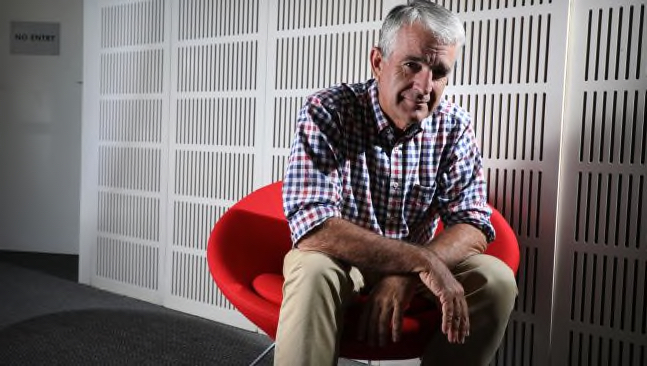 Strive for better lives, not death

The Senate this week votes on whether euthanasia and doctor-assisted suicide can be legalised in the Northern Territory and the ACT.

Senator David Leyonhjelm’s bill, which would pave the way for doctors to be involved in what he describes as “the killing of patients”, purports to be a bill about territory rights, but it’s not.

It’s not even about those with terminal illnesses. The senator has said as much himself.

Writing in The Australian Financial Review, Leyonhjelm advocated for the legal killing — with medical assistance — of those who deemed life “unsatisfactory”.

It is a great shame that the government should seek to pass legislation to help people whose lives are deemed “unsatisfactory”, to call on a profession dedicated to the preservation of life to bring it to an end. Surely the society that we would like future generations to enjoy should have a better alternative and a better vision than this. Should members of future generations experience “unsatisfactory” lives, then they will be offered statutory termination by the government of the land.

Members of the community doing it tough in some of our remote communities are already vulnerable to unequal access to many of the social, mental health, aged and palliative care services available to those in cities, at least those who are wealthy enough to afford them.

Fewer health services mean delayed diagnosis, treatment and management of health conditions. Without timely access to high-quality services, it is more likely people will experience a life they deem to be “unsatisfactory” or suffering they deem unbearable. The tragic and premature loss of life already experienced in our remote communities will only be increased.

Paving the way for the territories to legalise euthanasia and assisted suicide sends the message that government-sanctioned death is a legitimate way to address this.

We open this door at the peril of all future generations as we move one step closer to a heartless and expedient society where everything is expendable, including the lives of all those whom we, others, or even the state deem “unsatisfactory”.

It’s hard to feel any better about this proposition following Leyonhjelm’s other argument, which asserts that doctors may be engaged in killing patients already without consent, so the right thing to do is to legalise it. Cold comfort to be reminded that he arrived at this point after years working as a vet, where killing the patient is quite common and without consent.

Senators truly concerned about whether or not our Territorians are living “unsatisfactory” lives might start by addressing some of these issues and taking the lead in improving the quality of and access to services, not with a law that opens the door for them to be terminated.

The government’s review of its National Palliative Care Strategy said there were significant barriers to access to palliative care services for Aboriginal and Torres Strait Islander peoples, including the low number of health professionals working in Aboriginal palliative care and the pressures on them.

Senators who want to vote for this bill to promote choice must recognise and resolve the lack of choice for those unable to access quality care, whose suffering is caused not solely by their condition but by a lack of investment in their communities. They must ask themselves whether they are really providing Territorians with choice, or tolerating a situation where there is none.

Government-sponsored suicide does not provide real choice, nor does it address the causes of suffering; it just excuses politicians and policymakers of their solemn obligation to do better.

Territorians deserve better than that. We all do.

And we must also address the “territory rights” issue. If senators are genuinely troubled by an inequality in territory rights, they should make it a priority to look first at the unequal representation of the territories among their own number. Each state is represented by 12 senators in federal parliament; the territories get just two, and these representatives do not enjoy the same six-year tenure as senators from the states.

Differences between the states and territories are why the federal parliament has ultimate oversight over territory laws and steps in to provide an additional level of accountability when there are good reasons for doing so. There is only one house of parliament in each of the territories, and their composition is not large or diverse enough to provide a robust debate on this issue. The federal parliament is the ultimate “house of review”.

In this case, we know territory resources are inadequate to meet today’s needs, let alone the additional need created by state-sponsored suicide, which even its proponents agree needs vigorous safeguards.

This is the role for which the Senate is elected, to act with responsible concern in the long-term interests of a better, fairer and more reasonable society.

I fear that once again the lives of the weak and the vulnerable are being exploited for political gain to the long-term detriment of a healthy and fair and safe society.

Finally, it is deeply troubling to discover that this profound piece of social engineering legislation has been used as a bargaining chip in a broader policy context, where deals have been done to satisfy completely unconnected policy objectives.

Originally published August 2018 in The Australian [subscriber only article]