"Doctors will make mistakes. Victims will be pressured. Judgments will be clouded, and among all the arbitrary rules and safeguards, only one thing is absolutely certain: innocent people will die at the hands of these laws."

"Doctors will make mistakes. Victims will be pressured. Judgments will be clouded, and among all the arbitrary rules and safeguards, only one thing is absolutely certain: innocent people will die at the hands of these laws." 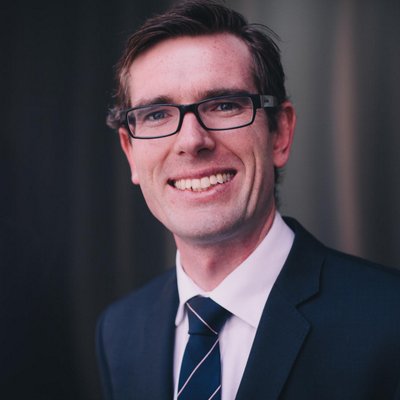 Only one certainty if we make assisted suicide legal

A familiar footnote appears at the bottom of countless news reports on ‘‘voluntary assisted dying’’ (the latest euphemism for euthanasia and assisted suicide):

‘‘If you are troubled by this report, experiencing a personal crisis or thinking about suicide, you can call Lifeline 131 114 or beyondblue 1300 224 636 or visit lifeline.org.au or beyondblue.org.au.’’

I have even seen it included in editorials explicitly endorsing the right of certain people to end their own lives with the help of a doctor. It’s a dark, stark dissonance, and a confronting illustration of former prime minister Paul Keating’s observation that, ifwe make assisted suicide legal, ‘‘there will be people whose lives we honour and those we believe are better off dead’’.

On Thursday, Victoria’s upper house is expected to debate legislation to make assisted suicide legal, while here in NSW, a bill sits in the upper house waiting to be debated. It’s got me wondering: if NSW or Victoria did cross that threshold, would news organisations continue to include the same potentially lifesaving referral to suicide prevention services in their reports? Or will that footnote need to be updated, with one message for those whose deaths the publishers wish to avert, and another for the people whose deaths they are happy to facilitate? And what about the suicide prevention hotlines themselves? Will they screen out people whose wish to die sounds rational, and who may qualify under the relevant legislation, distinguishing them from the callers desperately seeking help to avoid the tragedy of suicide? Will those hotlines be asked to refer people who can legally end their own lives to places where they can get more information on how to go about it? Will the hotlines acquiesce in such requests?

And hat about the arbitrary thresholds that the legislation sets? The NSW bill would make assisted suicide illegal for people under 25, but legal for everyone else. So if you’re a 24-year-old with a terminal illness, and intent on ending your own life, are we (as a community) supposed to counsel you that suicide is not the answer – that you never know what the future holds, and that while there’s life there’s hope? Or should that conversation be more along the lines of ‘‘patience friend (or son, or daughter, or wife, or husband, or Mum, or Dad), your birthday is just around the corner and then you can do as you wish’’.

How reliable are the so-called ‘‘safeguards’’ anyway? Today the NSW bill says you must be 25, but in Victoria you only need to be 18. How long before the push to end such arbitrary interstate ageism? After all, once the threshold is breached – once our community officially says, ‘‘Yes, for some people suicide is OK’’ –we’re really just quibbling over details.

Andwhat about mistakes? Our legal system prizes its cornerstone principle of ‘‘innocent until proven guilty’’. The great jurist Lord Blackstone said, ‘‘Better that 10 guilty persons go free than that one innocent party suffer’’. And yet, innocent people go to jail. Lawyers, juries, judges, police and witnesses all make mistakes, because no human system of safeguards is infallible.

So with assisted suicide laws.

Doctors will make mistakes. Victims will be pressured. Judgments will be clouded, and among all the arbitrary rules and safeguards, only one thing is absolutely certain: innocent people will die at the hands of these laws if they pass.

We need to help those among us suffering through their darkest hour, not push them deeper into the ultimate darkness. We need more and better palliative care – something we have significantly boosted in this year’s NSW state budget, and something that as Treasurer I will continue to push as amatter of priority. We must not create a two-tier society of the worst possible kind: where there are those whose lives we desperately work to preserve, and those to whom we really will be saying,‘‘You are better off dead’’.

I will be voting against the NSW legislation, and I call on all people of goodwill here in NSW and in Victoria to consider these issues and make their voices heard.