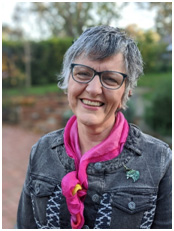 A review of the End-of-Life Choices (Voluntary Assisted Dying) Bill 2020, which has already passed in the Tasmanian Legislative Council and its second reading in the Legislative Assembly, is being conducted at the request of Premier Gutwein by the University of Tasmania.

Associate Professor Spruijt's submission is a well-reasoned, challenging reflection on the adverse impacts on the practice of medicine, and in particular on palliative medicine and end-of-life care in Victoria after just 18 months of legalised euthanasia and assistance to suicide.

Reflecting on a comment by Dr Cameron Maclaren who, on his own admission, was responsible for the deaths of more than 30 of the 124 Victorians who died by euthanasia or assistance to suicide in the first 12 months operation of Victoria's Voluntary Assisted Dying Act 2017 that "Over this time, we practitioners have grown more comfortable in the service we are providing", Associate Professor Spruijt states:

This admission succinctly captures the very concerns of those of us who are opposed to this practice, and also encapsulates the social dangers inherent and unavoidable in this practice. For well-intentioned and sincere doctors to become comfortable with the deliberate act of helping another person to end their life, albeit with compassionate intent, crosses a rubicon that endangers the life and wellbeing of others less articulate, less well-supported, less coherent, more vulnerable and in its most worrying form, less socially valued.

And that value is a fragile, socially determined value, which to date in Australia, is afforded to all by the very fact of their being human.

Speaking out of her nearly 30 years experience in providing palliative care, including as a founder of Australasian Palliative Link International, a charity which aims to foster the development of palliative care in the Asia Pacific region through collegial links, mentoring, teaching and advocacy, Associate Professor Spruijt notes that:

There is a chasm between assisting a patient to die a peaceful death with all the skills, competence and compassion we have, and deliberately providing and/or administering an agent which will inevitably cause their death.

No amount of social sanitization of this act changes the reality of what is being asked of doctors as a profession.

The Australian Care Alliance has also made a submission to the University of Tasmania's Review, which is due to report by 17 February 2021 ahead of the Tasmanian Legislative Assembly resuming sitting on 2 March 2021. (Submissions closed on 4 January 2021).