We are not simply our bodies, writes Kevin Yuill in Open Future 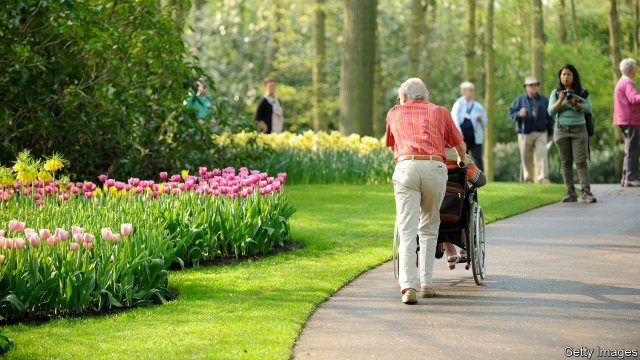 OPPOSITION to assisted dying is usually derided as being religious in nature, which is easier than confronting hard questions or inconvenient truths. It is easier to shut down “religious bigots” than to consider what they say, just as it is easier to use the term “assisted dying” instead of the more accurate but controversial “assisted suicide.”

I’m an atheist and a liberal (progressive). I support abortion rights. You might think that would make me supportive of assisted suicide. Anyone who looks closely and critically at the issue will see past the emotive stories and simplistic assumptions used to justify the push for legalisation.

The most serious case made by advocates for assisted suicide is autonomy. Yet what stands out for this most recent toleration of at least some suicides is the lack of autonomy; to be legitimate, it seems, suicide must be sanctioned by that new priesthood, medical authority.

In the Netherlands, euthanasia (where the doctor accomplishes the act) has risen rapidly since it was legalised in 2002. Last year 6,306 cases of euthanasia were reported to the Regionale Toetsingscommissies Euthansie, compared with 2,910 in 2010. With assisted suicides, where the patient must do it themselves, the rise is much slower: 250 reported in 2017, compared to 242 in 2014 and 182 in 2010.

As Henk Blanken, who suffers from Parkinson’s disease recently complained in the Guardian, “when push comes to shove, the patient is not the one who decides on their euthanasia. It is the doctor who decides, and no one else.” Death has become one more of life’s events that we no longer seem to be able to do ourselves.

We are not simply our bodies. Assisted suicide defines our lives in overly physical terms. There is another dimension of ourselves, made up of our experiences, relationships and interactions. With assisted suicide, we ask that doctors, experts only in our somatic existence, play God. When someone else is involved in our death, it is not just our wishes that are involved.

We currently place equal moral weight on human life and do not measure it by years left or physical ability. Instituting assisted dying threatens that moral precept.

Often nations with legalised euthanasia and/or assisted suicide have quickly extended the criteria beyond the original remit of deaths inflicted by terminal illness. In Canada, where medical assistance in dying (MAiD) was legalised in 2016, what was a moral compass surely twists in the wind. One of at least 1,300 who was granted it in the first year was a 77-year-old woman suffering from non-terminal osteoarthritis. After physicians refused, a judge ruled that she must be granted her request as she was “almost 80” with “no quality of life”. Ontario has abolished freedom of conscience by requiring doctors to participate in killing patients, whatever their beliefs. The current restrictions in the law are being challenged on many fronts by those who argue that their suffering matches that of those who are granted MAiD. Who can disagree? Having already allowed euthanasia for, among other things, tinnitus and vision loss, the Dutch House of Representatives held a plenary session on the widely supported citizen’s initiative, “Completed life”, that demands the right for all Dutch people over 70 who feel tired of life to have assisted deaths.

In Belgium and the Netherlands, over the issue of “psychiatric” euthanasia, there finally appears to be some recognition that a mistake has been made somewhere along the line. In Belgium in 2014-15, 124 people were euthanised because of a “mental and behavioural disorder”.

A wise government will, like the British parliament in 2015, refuse to make assisted dying legal.

Kevin Yuill lectures in history at the University of Sunderland, in the UK, and is the author of Assisted Suicide: The Liberal, Humanist Case Against Legalisation