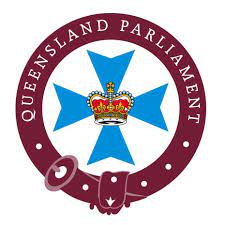 Three members of the ruling Australian Labor Party broke ranks to vote against the Bill.

Joe Kelly (ALP – Greenslopes) spoke powerfully from his experience as a nurse:

It is my strong professional view, based on years of experience, education, research, numerous conversations over 33 years with nurses, doctors and other healthcare professionals in real life-and-death situations and many conversations with patients, families, friends and constituents, that we can provide dignified death when we provide good palliative care.

Doctors can sometimes give patients the wrong information about a diagnosis. A specialist spoke of his own failings of misdiagnosing a patient with a lung condition as a terminal condition and the patient being unable to walk because of the wrong treatment and misdiagnosis. Time luckily gave the doctor the chance to realise his mistake and 13 years later this patient still lives a rich life. This is not unique. Every doctor makes serious mistakes because diagnosis and treatment is an imperfect science.

If we give the patient the wrong information or there is great uncertainty about prognosis we fail to give patients what they need to make such an important and irreversible decision.

Someone who is undergoing sub-standard palliative care treatment whose options are presented as months of pain and loneliness or a quick solution is not being given a fully informed choice.

It may work very well for people of wealth and people of means and people who are not at an informational disadvantage. It may not work well for all people, and it is those people we need to consider as legislators.  I have heard the former AMAQ presidents say that people with limited information and limited support networks could essentially have no-one on their side, no-one advocating for them, should they be reaching end-of-life decisions under this bill. Those are the people we should be seeking to protect.

All three members of Katter's Australian Party voted against the Bill. It leader Robbie Katter (KAP - Traeger) moved an amendment that the Bill be “considered further after the State Government has committed to provide the required additional funding of $275 million per year to palliative care delivery" in order to draw attention to the hypocrisy of the ALP Government in prioritising Queensland wide delivery of assistance to suicide and euthanasia over adequately funded, equitable access to palliative care.

It is not the function of government, nor should it be their job, to legislate death by suicide. That is the only way to describe what this bill proposes.

Providing the option to die will push those who are ill into a wrongful mental state of not wanting to be a burden on their families.

Nick Dametto (KAP – Hinchinbrook) warned of the dangers of elder abuse and coercion:

There is a problem with coercive control and elder abuse in this state. I have had a number of people contact my office to make complaints against family members who are withholding medication, withholding food or withholding financial means. This is terrible to hear but it is true and raw. There are family members out there who are more interested in making sure their mum and dad pass away quickly so they can inherit their money before the inheritance is whittled away. They care more about that than they care about their parents or loved ones—well, I should just say ‘parents’ because they are not really a loved one in that case. That is disturbing. I do not think there is enough protection in this current legislation for those people.

Stephen Andrew (PHON – Mirani),who serves on the Health and Environment Committee that inquired into the Bill, spoke against it:

Under the terms of this bill, ‘assisted dying’ means a doctor or nurse providing the means for a patient to end their life or, if a patient is physically unable to do so, ending their life for them. This means the bill seeks to legalise both assisted suicide and euthanasia in Queensland.

Changing the law to legalise assisted dying in Queensland will put enormous pressure on the poor and vulnerable people in this state, especially those suffering from some kind of life-limiting disease. The tragic irony is that, while for a small minority the right to die represents choice and autonomy, for many thousands of others it will eventually mean less choice and less autonomy. Elderly, sick and disabled people already suffer from the feeling that they are a burden to their family, carers and a society that is cost conscious and short on resources.

23 of the 34 Liberal National Party MPs voted against the Bill, including Opposition Leader, David Crisafulli.

Dr Mark Robinson (LNP - Oodgeroo) drew attention to the 8 findings in his dissenting report from the Committee inquiry into the Bill, which highlighted the risks of wrongful deaths from unavoidable medical errors, failure to identify coercion or mental health issues and suicide contagion.

Fiona Simpson (LNP – Maroochydore) drew attention to the fact that the Bill was not limited to people experiencing intolerable pain but also suicide or euthanasia for mental distress, putting the mentally vulnerable at grave risk.

This bill allows doctor assisted killing or assisted suicide for people in Queensland who are not in pain, but who are in mental distress under the broad phrase ‘suffering that the person considers to be intolerable’. Simple yes/no polls about voluntary assisted dying seem to indicate broad support until you ask different questions, such as ‘Should doctors be able to kill their patients if the patient is not in pain?’ Then the results flip. In one New Zealand poll, it went from 57 per cent in favour  to 59 per cent against if the patient was not in pain. I am greatly concerned that under the Queensland law people who are in mental distress could be legally euthanased by doctors working in our health system without a mental health consultation to determine their capacity for informed consent or to guard against euthanasing someone with clinical depression. This flaw in the bill does not provide sufficient safeguards for the mentally vulnerable.

Amanda Camm (LNP – Whitsunday) expressed her concern for “the vulnerable, the elderly and those with a disability.”

As someone who is responsible for a family member with an intellectual disability, I can already see the risk associated with this legislation

It should be the right of every individual to experience a death free from pain and suffering, with dignity, care and respect.

The core values that underpin my morality and social ethics include hope and, while life is full of grey and full of complexity, for me, for my conscience, life is life. It is not for our choosing, nor for the state to take it away.

Dr Christian Rowan (LNP – Moggill), spoke against the Bill based on his experience as a specialist  physician and former  president  of  the  Australian  Medical  Association of Queensland  and the Rural  Doctors  Association of  Queensland:

On both a personal and professional level, I understand and appreciate the distressing emotion that comes with something as significant as the end of life for a family member, friend, loved one or indeed a patient. Importantly, we simply cannot legislate on personal emotion alone, and on such considerable and consequential issues that are related to a framework for voluntary assisted dying here in Queensland. It is incumbent on all of us in this Queensland parliament to consider every legislative clause, all intent, every oversight and review aspect, every clinical process within state and federal clinical governance health standards and, importantly, every purported safeguard for vulnerable and at-risk individuals. Individuals have rights, but all of us have obligations to humanity. This obligation demands a comprehensive understanding of not only how such legislation will operate in practice, but the ramifications and consequences for all individuals, for society and for our state.

Providing Queenslanders with an avenue to death, whilst experiencing vulnerabilities, without adequate protections and safeguards, whilst also not meeting the needs and providing access to evidence-based, multidisciplinary palliative care for all Queenslanders, is quite simply unacceptable.

Lachlan Millar (LNP – Gregory) urged MPs not just to respond to the emotional stories of difficult deaths of family members but to carefully examine the Bill in the context in which it will operate. He concluded that it would not besafe.

This bill will affect all Queenslanders and will change forever the fundamental duty of the state to protect the inalienable right of Queenslanders to life and to the security of their person.

The threat of these laws will be ever present in aged-care homes, nursing homes, hospices and Queensland hospitals.

There are not sufficient protections against coercion. We live in a time when the elderly are being outnumbered by young adult taxpayers. As a result the burden of care will fall more heavily upon fewer shoulders. There is already a shortage of both high needs care and less complex aged care and even independent living for the aged. There are currently inquiries into social isolation, loneliness and the elderly, chronically ill and those with mental illness; they are all the key demographics. Government and not-for-profits have both had to set up units that work in that area for elderly abuse.

Most country Queenslanders have no access to palliative care.

This is the context this bill will operate in.

This is the full list of Queensland MPs who voted against the Bill.