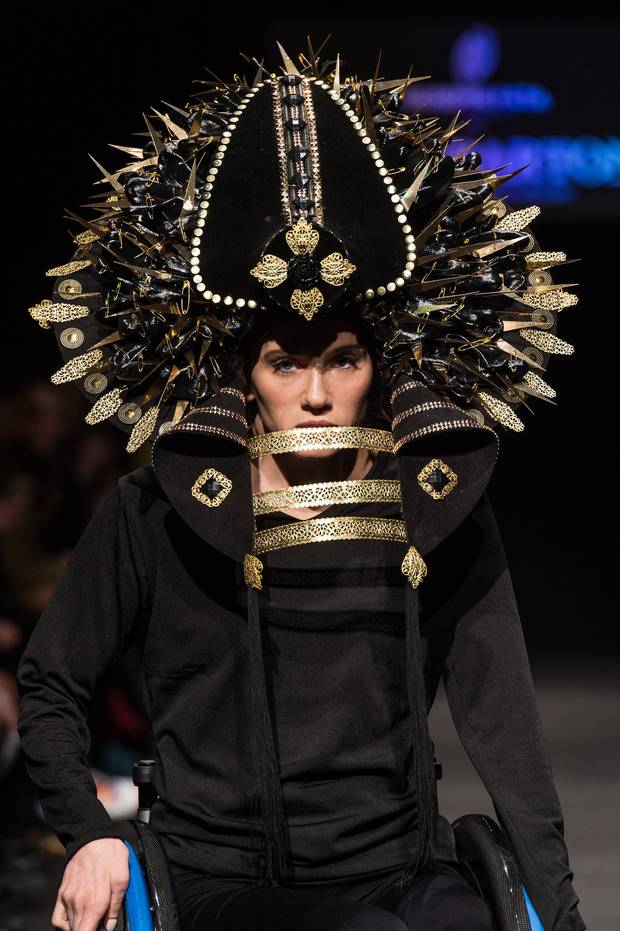 Tetraplegic model Claire Freeman planned to end her life at a euthanasia clinic in Switzerland - but instead she is now speaking out against euthanasia in a new documentary.

Freeman, 40, suffered a broken neck and lost movement in her arms and legs in a car accident when she was 17.

Originally from Whangārei, she was able to complete a design degree and worked as a designer in Christchurch until the 2011 earthquakes brought up "a whole lot of grief that I had been holding deep inside".

She attempted suicide four times and almost died: "I would end up in hospital in a coma for a week."

After the fourth attempt, a psychologist in the suicide outreach clinic told her about a clinic in Switzerland where euthanasia is legal."I remember talking to a psychologist and saying, 'You don't understand, having a disability is really difficult, I'm in so much pain, I want to end it,'" she said."I said I'm thinking about an assisted suicide. He said, 'That could be an option for you.'

So we had a chat and he talked about Switzerland and about what's happening in other parts of the world.

"So I started putting things together to do that. I was in constant pain, while still trying to work and build a house and all sorts of things."

Ironically, what changed her mind was a medical disaster. An operation to replace some "metal work" in her neck went badly wrong and she became even more disabled. She had to stop work and rest.

Claire Freeman had time to think about her life after an operation went badly wrong and she was forced to rest.

"I started to sleep, and the pain started disappearing," she said. "I know from my own personal experience that a lot of my pain was related to the stress and the hectic lifestyle and the way I kept on just pushing myself and my body."

"The amazing thing was the sleep. I think that was a really big thing, not being able to do anything, just lying in bed thinking about life."

Unable to work, she became active on social media, posting on Instagram and starting a blog.

Claire Freeman tried to take her own life four times after she became a tetraplegic, but now she has 18,000 Instagram followers and modelled at last year's Milan Fashion Week. Photo / Supplied

She also embarked on a doctorate at AUT University on decisions around mobility equipment. She describes her two supervisors, Dr Joanna Fadyl at AUT and Dr Barbara Gibson at the University of Toronto as "the two best supervisors in the world" for the topic.

"[Dr Gibson] wasn't taking any students, but when she found out what happened to me, she took me on," she said.

"She started talking about quality of life, and I realised that a lot of the advice I had been given, like from the psychologist and from a psychiatrist who saw me after an earlier suicide attempt, was because they were looking at me and just seeing the disability.

"They were not saying, 'Hey, what's going on in your life? Are you working too much? Are you in too much pain?'

"None of those questions were asked, it was just, 'Of course she wants to die, she's in a wheelchair, she's in pain.'"

Through Instagram, where she has 18,300 followers, Freeman now helps other people with disabilities who are thinking of taking their own lives.

Story by Simon Collins. Originally published in The New Zealand Herald on 10 Mar 2019 at: