The much vaunted mandatory training for doctors before they are licensed by the State of Victoria to prescribe a deadly poison to people for the purpose of suicide or administer a lethal injection to them is supposed, among other things, to ensure these doctors are competent to assess decision making capacity and voluntariness in those requesting assisted suicide or euthanasia.

However, a comparison of the total of 10 minutes training provided on these topics in the Victorian mandatory training with the thoughtful proposals presented in an article published in the Internal Medicine Journal in January 2019 entitled "Biggest decision of them all – death and assisted dying: capacity assessments and undue influence screening” leads to the conclusion that the bar has been set very low indeed in Victoria and that there will be wrongful deaths in Victoria due to this failure. 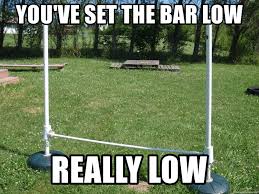 The section in the prescribed training that covers assessing decision making capacity totals less than 5 minutes – a video that runs for 2 minutes 10 seconds and then a series of slides that takes about 2 minutes 20 seconds to read through.

The amount of this brief material that addresses “red flags” totals about 41 seconds.

Here is the sum total of warnings from the video:

These warnings in the video are repeated on the slides as “red flags”:

The section on assessing voluntariness, including assessing the absence of coercion, totals just over 5 minutes, including a 2 minute 20 second video and slides which take a further 2 minutes 50 seconds to read.

This prescribed training was prepared under contract by Ben White and colleagues from the Australian Centre for Health Law Research, Queensland University of Technology.

Interestingly Ben White is also the co-author of an article entitled “Biggest decision of them all – death and assisted dying: capacity assessments and undue influence screening”, published in the Internal Medicine Journal in January 2019.

Even more interestingly, in that article Ben White dissents from the positions expressed by his co-authors Carmelle Peisah and Linda Sheehan as set out in the detailed “Guideline for clinicians assessing capacity and screening for undue influence for voluntary assisted dying” proposed by the paper.

In part at least his dissent is stated to be due to “different authorial views” on whether or not in assessing decision making capacity a person requesting assisted suicide or euthanasia should be asked if they he or she has “given any thought to the potential effect this choice may have on your family and friends”. This seems like a reasonable question for a clinician to explore as a lack of any such consideration could well point to a deficiency in the decision making process.

Indeed many of the warnings and cautions expressed in this article fail to appear in the mandatory training for Victorian doctors.

For example, some of the issues identified in this paper and not addressed adequately in the mandatory training include:

There is no discussion of undiagnosed depression in the training

There is no training on this point

There is no specific reference to this issue. The Act does require a referral to a specialist for persons with neurodegenerative conditions but only where they are expected to die within 6 to 12 months but not if they are expected to die within 6 months. This referral is concerned solely with the prognosis and the specialist has no role in assessing decision making capacity which is left to the two assessing doctors, with an option to refer for further advice only if they consider themselves unable to determine it.

The mandatory training module on assessing decision making capacity and coercion far from acknowledging such “knowledge gaps” starts from the following assumptions: “Assessing decision-making capacity is a critical part of a medical practitioner's work, and something we do every day, often without thinking about it” and “We, as doctors, should already be alert to coercion in a range of healthcare decision scenarios”

Nothing in the training actually covers the drugs to be used, the risks of adverse consequences or what a health professional, a lay person or the person themselves should do if any of these were to occur.

In the mandatory training it is suggested that if a patient indicates that “becoming a burden on family, friends and caregivers” is their reason for seeking assisted dying this could be the “patient’s expression of suffering experienced from the loss of autonomy” and therefore avails reason to request assisted suicide or euthanasia)

This gap between the proposed Guideline for clinicians assessing capacity and screening for undue influence for voluntary assisted dying by Ben White’s co-authors and the mandatory training authored by Ben White and his QUT colleagues is cause for grave concern that doctors are being licensed by the State of Victoria to prescribe suicide poisons and lethally inject Victorians with a level of training in assessing decision making capacity and identifying undue influence and coercion far short of best practice.

Of further concern is this admission by the authors of the proposed Guideline:

The decision must be free from undue influence, in so far as this can be achieved – such screening, especially for detecting undue influence, will never be infallible. Special care must be taken in relation to those dependent on others for care. Undue influence must be assessed by having regard to both the person’s strength of will and level of pressure being exerted by others.

It is clear from this that some of those who will die by suicide or euthanasia under Victoria’s law will do so as result of a decision made subject to unidentified undue influence or coercion either to request access or, perhaps weeks or months later, to take the poison.

Note that under the Act there is no decision making capacity assessment required at the time the poison is actually ingested and no witness required to ensure that is taken freely by the person themselves.

For more on wrongful deaths from assisted suicide and euthanasia read here.