These reflections were originally published by MercatorNet

During a recent period of enforced rest, I had time to reflect on my attitude to the recently enacted voluntary assisted dying legislation in Victoria and consider my response. I will detail my reaction to the Act and why I have chosen to become a so-called conscientious objector. 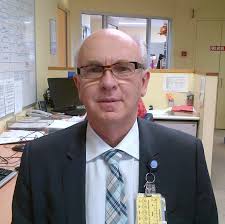 In his essay Western Attitudes Toward Death, French historian Philippe Ariès illustrates the evolution of our attitudes to death.

Initially, and for millennia, there had been a general resignation to the destiny of our species for which he used the phrase, Et moriemur, and we shall all die. This was replaced in the 12th Century by the more modern concept of the importance of one’s self, and he used the phrase, la mort de soi, one’s own death.

Ariès then notes that in the 18th Century man gave death a dramatic and disquieting meaning. Man became concerned with the death of the other person, la mort de toi. Death was no longer familiar, nor were the dead. The dead had been torn from life; death had become an important event. By the 19th Century mourning had become difficult and thy death, la mort de toi, is more feared than la mort de soi, one’s own death.

Following this slow evolution in Western attitudes towards death, from being ubiquitous and familiar, with industrialisation, came the concept of the forbidden and shameful death. Life was now meant to be happy and this happiness was interrupted by the emotional disturbance of death and dying. Death was not spoken of, as illustrated by Tolstoy in “The Death of Ivan Ilyich”. Death was moved from home to hospital, from the care of one’s family to the sanitised, technical care whereby it is difficult to tell when the dying process actually began due to the interference of modern medicine. Death became part of the medical industrial-movement.

In a 2013 article reviewing the situation in Flanders where euthanasia is embedded in palliative care, it was noted:

Healthcare professionals note that family members and proxies tend, much more than before, to consider the dying process as undignified, useless and meaningless, even if it happens peacefully, comfortably and with professional support. Requests made by family members for fast and active interventions from healthcare professionals regarding elderly parents are often very coercive, with little nuance or subtlety. End-of-life interventions such as euthanasia are seen as an instrument to end a process of disease (or old age) that is demanding and difficult to bear, instead of letting it follow its course.

We could not be further removed from Ariès’ phrase, Et moriemur, and we shall all die. Happiness is now the ultimate goal; we can no longer accept the place of death in our life. Ariès wrote in L’Homme devant la mort: “Death must simply become the discreet but dignified exit of a peaceful person from a helpful society. A death without pain or suffering, and ultimately without fear.” Thus the idealised ‘good death’.

Unfortunately, for most, society is unable to achieve such utopian goals, hence the need for the modern palliative care movement. As David Roy noted in the third edition of the Oxford Textbook of Palliative Medicine, it is up to society to allow the palliative care movement to flourish, to remove barriers to care, to develop the broad tapestry of interconnected people, resources, services and institutions to care for those who suffer in the face of death.

For this to be successful there must be an effective ethic of care. An ethic that allows relationships to flourish, an ethic that acknowledges the vulnerability of people and views autonomy from a relational rather than an atomistic perspective. Autonomy is a product of our personhood, our development of interests and values gained by interactions with others. None of us can make decisions which are free from influence. Our decisions relating to ourselves are made in the context of relationships. We commence our life completely dependent on others to sustain us. We depend on the non-judgemental love of others to care for us, to allow us to become independent, to become autonomous in the context of family, friends and society.

I continually ask myself, how have we allowed our ethical boundaries to move to such a degree that a law allowing doctors to take life as a way of relieving suffering has been passed by our state legislature? How have we allowed our view of the individual to become so individualistic and self-gratifying, so removed from an acknowledgement of our dependence on others, so self-centred or dare I say narcissistic?

Perhaps we can learn for the world of art and aesthetics. Hans van Meegeren was an accomplished forger of Vermeer, such that Vermeer experts accepted as originals what are obvious from our current perspective as forgeries. David Roy asks:“What process was at work that could so distort the faculties of aesthetic perception and poor judgement? It was a process of incremental adaption to incrementally poor forgeries.”

The Netherlands introduced the Termination of Life on Request and Assisted Suicide (Review Procedures) Act in 2001. In 2005, of all deaths, 0.4 percent were the result of the ending of life without an explicit request by the patient. In 2013 euthanasia was performed for 97 patients with dementia and 42 patients with psychiatric diseases (percentages not reported). Have ethical perceptions been distorted such that incremental creep allowed this to happen, as it did with aesthetics and van Meegeren?

In an article published in May 2017 in the New England Journal of Medicine discussing the experience of the University Health Network in Toronto after the introduction of medical assistance in dying (MAiD) in Canada, the authors noted:

[T]hose who received MAiD tended to be white and relatively affluent and indicated that loss of autonomy was the primary reason for their request. Other common reasons included the wish to avoid burdening others or losing dignity and the intolerability of not being able to enjoy one’s life. Few patients cited inadequate control of pain or other symptoms.

I would like to question if the possible consequent good of allowing a highly selected population of privileged people the ability to request and be administered medical assistance in dying is sufficient to overturn millennia of accepted medical practice. Medicine has long been perceived by society to be beneficent and is trusted to avoid actions which would deliberately hasten death. The intent of palliative medicine is the relief of pain and suffering, not the taking of life. Should we risk the incremental creep of our values for the sake of a privileged few?

Do we wish to allow our society to become similar to Belgium, where we are so removed from the human experience that we consider the dying process useless, meaningless and undignified?

In my own city, Melbourne, we can all witness the inadequate provision of palliative care and other health services to more economically challenged sections of our society. A similar picture emerges in rural settings. Can we as a society justify allocating resources to voluntary assisted dying, when basic palliative care and health care are so lacking?

Should we really allow the values of our society to be so radically altered for the few who are so removed from an acceptance of the frailty of the human experience, from an acceptance that we are all dependent on others and vulnerable?

It is for the above reasons that I will be a so-called conscientious objector when the Voluntary Assisted Dying Act comes into operation on 19 June 2019. I will continue to practise medicine as it has been practised for millennia, for the relief of pain and suffering. I would encourage all doctors to in Victoria to do likewise.