The 2016-2017 report notes that some patients wish to donate their organs and help others in this way. Doctors are not required to mention organ donation in the document recording. Organ donation has been reported in 8 patients for the years 2016 - 2017. Patients had either a nervous system disorder or a mental and behavioral disorder. The majority of them were Dutch speakers, age 50 to 69, female and the death was not expected in the near future.

Death not expected in the short term

In 2017 there were 181 cases of reported euthanasia for “polypathology” – two or more conditions none of which in itself is sufficient ground for euthanasia - where death was not expected soon accounting for 7.83% of all reported cases. This represents a 69.1% increase in just two years from 2015.

In 27 (7.2%) of these cases the mandatory one month waiting period between the written request for euthanasia and its execution was not complied with by the euthanasing doctor. The Euthanasia Evaluation and Control Commission took no action on these cases other than sending the offending doctor “a didactic letter to remind the doctor of the procedure to be followed in case of unexpected death in the short term”.

In 2017 some 87 (3.76%) cases involved no physical suffering at all. This included 14 cancer cases and 15 other cases of physical illness. There were also 18 cases of “polypathology” as well as 40 cases of mental ill health.

The psychic suffering, putting aside the psychiatric conditions, included “addiction, loss of autonomy, loneliness, despair, loss of dignity, despair at the thought of losing ability to maintain social contacts, etc.”. 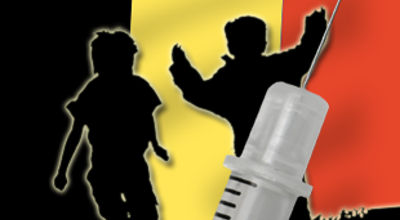 Life expectancy for people with cystic fibrosis (CF) is increasing significantly in response to developments in treatment regimes. In the United States the median predicted age of survival for people with CF has now increased to 47 years. It is by no means clear that the 11 year old child euthanased in Belgium in 2016 or 2017 was facing imminent death. He or she may have had years to live. Depression is also a particular issue with CF. The “mental suffering” mentioned by Luc Proot may have been relievable through appropriate treatment.

The 17 year old child had Duchenne muscular dystrophy (DMD). “Until relatively recently, boys with DMD usually did not survive much beyond their teen years. Thanks to advances in cardiac and respiratory care, life expectancy is increasing and many young adults with DMD attend college, have careers, get married and have children. Survival into the early 30s is becoming more common, and there are cases of men living into their 40s and 50s.” On the available information it is not clear whether in this case the child was both imminently dying and experiencing unbearable physical suffering that could not be alleviated.

Between 2014 and 2017 two patients who were in an irreversible coma after a suicide attempt were euthanased based on an advance directive 5 months and 35 months respectively before the suicide attempt.

Euthanasia for psychiatric conditions and dementia

Between 2014 and 2017 there were 60 cases of people killed by euthanasia for dementia. Of these cases death was only expected in the short term for 9 cases.

Of these 201 cases there were 25 cases of people under 40 being killed by euthanasia. In relation to these troubled young people the Commission observes “In the group of patients under 40, it is mainly personality and behavioral disorders. All these patients have been treated for many years, both outpatient and residential. There has always been talk of intractable suffering. For this type of disorder, serious psychological trauma at a very young age have been mentioned several times, such as domestic violence, psychological neglect or sexual abuse.”

Belgium is treating the victims of child abuse by domestic violence, neglect and sexual abuse by killing them.

A case of euthanasia without request

One case reported in 2016/2017 concerned an interruptive act of life without request from the patient.

In this complex case where the patient had not made an explicit request, some members of the Commission felt that the law on euthanasia had been violated and that the file should be sent to the public prosecutor. Indeed, demand is one of the essential legal conditions. However, other members considered that a referral to the prosecution was not appropriate. The two-thirds majority, legally required for referral to the King's Attorney (see Article 8 of the law) was not reached (9 for referral to the King's public prosecutor, 7 against).

This high threshold of two-thirds majority of the Commission for referral to the public prosecutor helps explain why only one case has ever been referred (in 2015).

The place of residence is only required to be reported in the second part of a euthanasia report filed by the doctor performing euthanasia. This part only gets open when questions arise. However, in 2016 and 2017 doctors did refer in the first part of the report to people who were foreigners who came to Belgium to seek euthanasia. There were 23 such cases reported in this way but there may be many more. Of the 23 reported cases “More than half of the deaths were expected in the near future” meaning several were cases where death was not expected in the short term.