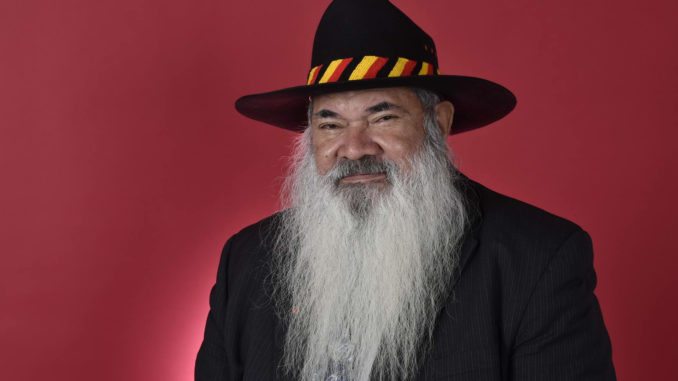 Speaking in the Senate on 15 August 2018 in opposition to the Leyonhjelm assisted suicide bill, Senator Pat Dodson (Labor, WA) said:

At present the constitutional framework of Australia divides legislative responsibilities between the states and the Commonwealth. The states are therefore different to territories. The residents of territories are therefore subject to a different legislative process than the residents of states. Under the United Nations Declaration on the Rights of Indigenous Peoples, article 24.2 states:

Indigenous individuals have an equal right to the enjoyment of the highest attainable standard of physical and mental health. States shall take the necessary steps with a view to achieving progressively the full realization of this right.

We know that Australia's attempt to achieve the realisation of that right, through the Closing The Gap campaign, has been an abysmal failure. First Nations people do not enjoy the same quality of life in this country at every stage of their existence, as shown in the national figures. In the womb, a First Nations child is at higher risk of contracting life-threatening bloodborne diseases. Last year, six First Nations babies died of syphilis. Our children are more likely to be diagnosed with chronic health conditions such as type 2 diabetes. They are at greater risk of contracting meningococcal and rheumatic heart disease. As teenagers, they watch their friends, their cousins and their siblings prematurely end their own lives. These facts are true of the Northern Territory and nationally. In the Kimberley region, where I come from, the suicide rate is the highest in the world.

All governments—state, territory and federal—have failed to enact the necessary action to close the gap. The government is currently undertaking a refresh process, with the Minister for Indigenous Affairs announcing at Garma earlier this month that some two dozen new targets would be added as part of the refresh process. That seems a drastic amount of new targets, and only emphasises how we've failed to address the health issues suffered by First Nations people to date. With so many of our people suffering complex health conditions at an early age, there is a desperate need for culturally appropriate palliative care services in regional and remote areas. A review recently commissioned by the Australian government confirmed that more needs to be done to ensure that First Nations people are receiving palliative care within their communities. Where First Nations people are already over represented at every stage of our health system, it is irresponsible to vote in favour of another avenue to death. Paving the way for euthanasia and assisted suicide leaves First Nations people even more vulnerable, when our focus should be on working collectively to create laws that help prolong life and restore their right to enjoy a healthy life.

No matter what justifications are offered for the bill, it constitutes an unacceptable departure in our approach to human existence and the irrevocable sanctity that should govern our understanding of what it means to be human.It is a mistake for legislators to act on the deeply held emotional concerns of many when that involves crossing a threshold that will affect the entire society in perpetuity.

In Yawuru we have three concepts that guide our experience of life. They shape our ways of knowing and understanding, and are the collective approach to our existence on this earth and, to that extent, any afterlife that may come. They are:

This concept of interconnectedness is one that transcends across many First Nations groups. It is grounded in our understanding that human resilience is based on our relationships with each other and our connectedness with the world around us. The quality of life for individuals and for our communities are intertwined, not limited to the wellbeing of an individual. We are fundamentally responsible for honouring our fellow human beings. We are called to carry responsibilities, to exercise duties and to honour those who are in need, who are ill, who are elderly, who are dependent and those of the next generation to value life with love, respect and responsibility. This is true of family members and unknown individuals. Moving away from such principles and values begins to reshape the value of human beings and our civil society, in my view.

We exist not as solitary individuals; we exist within a family, a community, our cultures and ethos, and in the kinship landscape. I'm a great admirer of those who have cared for loved ones and made personal sacrifices to do so. Not everyone is able to do this, I know, and I do not condemn them for the choices that they make. In the broad sense, we are part of a common humanity.

I cannot support this legislation.