“A culture of disdain for disabled and elderly persons is more likely to come about if we embrace a right to assisted suicide. Each endorsement of suicide endangers not only the lives but also the human dignity and quality of support relationships of persons with burdensome infirmities.”

“A culture of disdain for disabled and elderly persons is more likely to come about if we embrace a right to assisted suicide. Each endorsement of suicide endangers not only the lives but also the human dignity and quality of support relationships of persons with burdensome infirmities.” 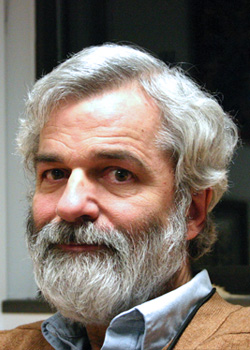 A culture of disdain for disabled and elderly persons is more likely to come about if we embrace a right to assisted suicide. Each endorsement of suicide endangers not only the lives but also the human dignity and quality of support relationships of persons with burdensome infirmities.

Easing access to suicide continues to be debated, usually in discussions of the legalization of assisted suicide (now often called euphemistically “aid in dying”). But there is an argument that may not be heard in such debates: by making death easier, we make life harder. Once suicide becomes readily available and accepted, dependent persons who refuse to choose death will be blamed for voluntarily burdening their caregivers, and for burdening society as well, thus filling the end of their lives with new sorts of suffering.

Yet this is not the harm ordinarily articulated by opponents of assisted suicide. They most commonly argue, rightly, that making a deadly drug available to dependent persons risks life itself by exposing vulnerable persons to pressure or coercion aiming at death. But they often fail to mention the other great harm that results from any “right to die”: facilitating suicide endangers not just ailing or moribund bodies but the quality of ongoing human relationships.

Should Some Lives Be Deemed Expendable?

When choosing to die is not seen as an option, we are able to imagine those who battle against serious illness or disabling conditions to be heroes struggling against an implacable fate. Their lives and their deaths are full of a meaning ready to be discovered by them and those around them. If an ailing grandmother fights to live on, despite her pain and her disabilities, she can be the object of sympathy in her misfortunes. Insurance or governmental aid can seem to be well-deserved. Indeed, she may so inspire her family, friends, and neighbors that they feel privileged to share in some of her frustrations as they care for her. They can feel solidarity with her, and with each other, as they fight back at her side. When death finally comes, the grandmother’s last experiences and the lasting memories of her caregivers can be of a network of persons bound together in her honor.

By contrast, the right of a severely infirm person to assisted suicide (or to voluntary euthanasia) means that the person’s life has been deemed especially expendable, that his or her continued existence is legally less important than that of healthy human beings (whose lives are still protected against suicide). Disability groups have long pointed out that one reason assisted suicide is popular is that people who are severely disabled are just not very important to many of us. We may not really care whether they get pressured into killing themselves. If they choose instead to live, they do so knowing that they do not count for much any more.

More importantly, once an ailing grandmother has been given a way out through the option of assisted suicide, her freely chosen suffering will no longer seem to call for as much family compassion or community support. As Dr. Ezekiel Emanuel, a cancer specialist and ethicist (later appointed by former President Barack Obama as a healthcare advisor) once explained,

Broad legalization of physician-assisted suicide and euthanasia would have the paradoxical effect of making patients seem to be responsible for their own suffering. Rather than being seen primarily as the victims of pain and suffering caused by disease, patients would be seen as having the power to end their suffering by agreeing to an injection or taking some pills; refusing would mean that living through the pain was the patient’s decision, the patient’s responsibility. Placing the blame on the patient would reduce the motivation of caregivers to provide the extra care that might be required, and would ease [their] guilt if the care fell short.

Many relatively feeble persons already think they are a burden on others. But now they will think that they themselves, rather than illness or age, are to blame for the trouble they feel they impose.

Living a Selfish Life . . . By Not Dying

In choosing to continue to live in great dependence, moreover, a grandmother may be resented as deeply selfish, preferring to benefit herself at a heavy cost to those around her. And as the benefit she receives grows smaller in their eyes—as she nears death or becomes more laden with pains or disabilities—her seeming selfishness increases. She chooses to increase the burden on her family, and on society, for the sake of an ever-smaller benefit to herself.

If she soldiers on to the point where caregivers and others judge her life to be a cost to her as well as to them, she becomes in their eyes irrational as well as selfish. As the United States Conference of Catholic Bishops has warned, such a person “may . . . be seen as . . . a needless burden on others, and even be encouraged to view [herself] that way.” Her right to choose death thus brings with it a cruel paradox, if she insists on living: as her misery and consequent need for assistance increase, the sympathy and willingness of her family (and of health insurance payers) to sacrifice decrease.

This diminution of respect and concern for the sick will not be limited only to mean or stingy families and communities. If further care really contributed little to a grandmother’s physical well-being, and a painless death were easily attainable, how could anyone forget that fact? Politeness and love would inhibit candor, but the person with disabilities would still know what her family can’t help thinking: “What an absolute waste of the grandchildren’s college money!”

Some years ago, the Times of London printed a letter in which ninety-year-old Margaret White wrote: “I am happy here in the nursing home with no wish to die. But were voluntary euthanasia to be made legal I would feel it my absolute duty to ask for it as I now have 19 descendants who need my legacy. I am sure I am not alone in this resolution.” If Ms. White chose instead to live, she would clearly feel guilty of failing in her perceived “absolute duty.” By turning suicide into a right, we present those in greatest need of assistance with a choice between easy death and hard guilt.

A loving grandmother may constantly wonder whether she is being too selfish even in continuing to eat, when the money for her food could have been used for some better purpose. Agonized by guilt, she may find herself drowning in a sea of resentment, fearing that she will be remembered as a selfish human being who died a dishonorable death.ep

endence Does Not Negate Human Dignity

A leading American legal theorist, the late Ronald Dworkin, has emphasized the disdain that may accompany this resentment, writing: “We are distressed by, even disapprove of, someone . . . who neglects or sacrifices the independence we think dignity requires.” For Dworkin, a person who chooses to live in great dependence denies that he is someone “whose life is important for its own sake.”

Dworkin can be heard here to echo that great nineteenth-century atheist who sought to purge our society of the remnants of Christian compassion. Friedrich Nietzsche urged prophetically: “To go on vegetating in cowardly dependence on physicians and machinations, after the meaning of life, the right to life, has been lost, that ought to prompt a profound contempt in society.” Nietzsche complained that Christians (at least in his day) stand against such disdain for the dependent:

If the degenerate and the sick . . . are to be accorded the same value as the healthy . . . then unnaturalness becomes law — This universal love of men is in practice the preference for the suffering, underprivileged, degenerate: it has in fact lowered and weakened the strength, the responsibility, the lofty duty to sacrifice men . . . The species requires that the ill-constituted, weak, degenerate perish: but it was precisely to them that Christianity turned as a conserving force.

Nietzsche said he was searching for “a thoroughgoing practical nihilism.” But, unsurprisingly, he found nihilism to be a hard sell. He mused, “Problem: with what means could one attain to a severe form of really contagious nihilism: such as teaches and practices voluntary death with scientific conscientiousness (—and not a feeble, vegetable existence in expectation of a false afterlife—)?”

Will Nietzsche’s “problem” finally be solved in our day? Will our very old, our very sick, our very incapacitated be convinced by a newly celebrated right to assisted suicide that they are contemptible burdens if they do not “autonomously” choose death?

Each withdrawal of protection against suicide endangers not only the lives but also the human dignity and support relationships of persons with burdensome infirmities. By contrast, when our law and culture treat suicide as a tragic rather than a benign choice and refuse to facilitate it, those most in need are more likely to receive sympathetic help rather than guilt-inducing blame and resentment. Opponents of the legalization of assisted suicide thus have not only strong pro-life arguments but also telling quality-of-life arguments that they need to bring up whenever any right to suicide is being debated.