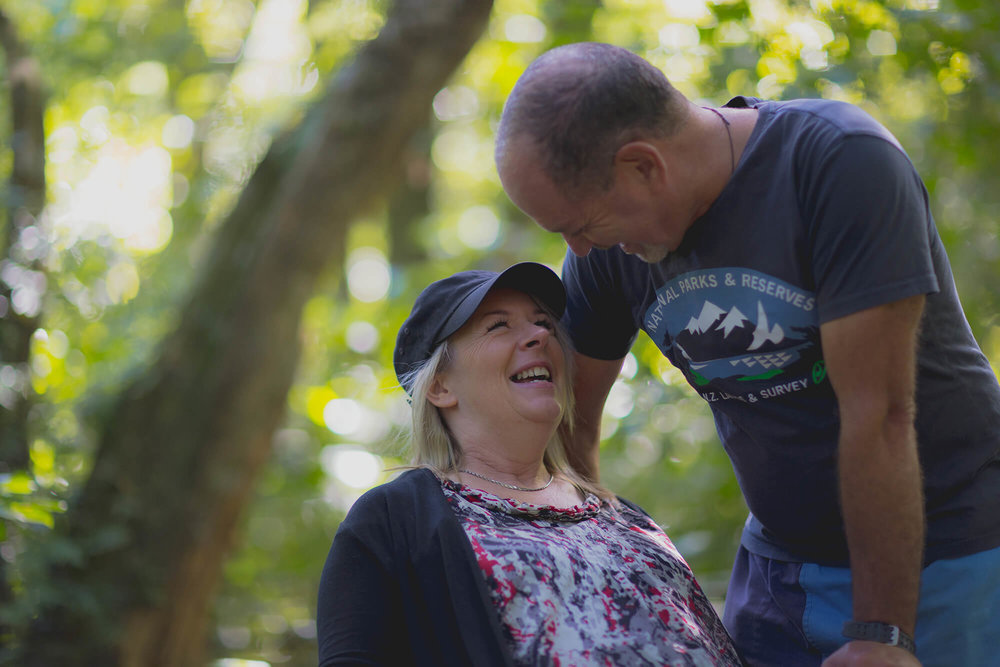 Vicki Walsh, who has a brain tumour, shudders at the thought of what could happen if euthanasia was made legal in New Zealand and she went to the doctors when having a bad day.

If I was to visit the doctor on one of those bad days and he was to offer me euthanasia as an option… that would be awful. It would be like handing nooses to people at a suicide clinic. It doesn’t make sense to me that we would even contemplate offering this as a medical choice… and quite frankly, I’d be scared stiff to go to any doctor who believed in this.

Vicki tells her story in the latest video released by #defendnz featuring people who would personally be affected by the legalisation of euthanasia and assisted suicide.

In 2011, Vicki was diagnosed with glioblastoma multiforme (GBM). At the time of her diagnosis Vicki was given a life expectancy of 12 to 14 months. Even though she has outlived this prognosis, she is still considered terminal.

Vicki recounts her experience of reaching a dark and desperate place.

One day as she sat and contemplated what her life had become, she decided that if this was how it was going to be, then she didn’t want to live anymore. She counted out some pills, the number she felt would be sufficient to be fatal - and prepared to end her life. In that split second the thought popped into her mind to have a cup of tea. She reflects, “In those moments of having that cup of tea, I thought, ‘Mmm… no, don’t. Not today’.”

She felt better the next day and even enjoyed reading a book that afternoon. “I remember thinking to myself, what if I’d done it!? I would’ve missed out on this day!” She realised that she could find something good in each day that she faced. Vicki is so grateful for all the beauty that she has been able to be part of since that day on which she almost gave it all up. She has since had three more grandchildren, been to her son’s 21st, celebrated 20 years of being married to her ‘soulmate’, and seen one of her children go through a tough time and come out successfully the other end.

Against all odds, Vicki has survived her condition for almost eight years now which is a lot longer than the prognosis of 12 to 14 months she was given. She says when a doctor tells you your life expectancy, you could die sooner, or you could live longer… it is merely based on generalised statistics, meaning that no doctor can guarantee how long you truly have left to live. Obviously this can be a dangerous place on which to base any life-or-death decisions. Vicki worries that someone who is given a short life expectancy and who chooses euthanasia, could miss out on a whole lot more that life has to offer. “If I’d bought into that whole dying thing right from the beginning, which I think to some degree you do, I probably would have missed a lot of experiences that I’ve really enjoyed and had a lot of fun along the way.”