Assisted suicide is not and black and white issue: It is just a white issue

The latest data from California confirms that assisted suicide is overwhelmingly a white issue.

Dr James Downar, the first doctor to register to provide euthanasia in Ontario, has described the typical case of euthanasia as involving a "captain of industry, self-willed, no longer feeling in control so wants to control the time and manner of his death".

In a unanimous decision by three judges of the Queensland Court of Appeal handed down in Brisbane on 19 June 2020 in the case of R v Morant [2020] QCA 135, Graham Morant’s appeal against his conviction for aiding the suicide of his wife was rejected on all four grounds of appeal and the sentence of 10 years imprisonment was upheld as fair.

This case should be a big red flag to those intent on legalising assisted suicide and euthanasia as the current Queensland Government intends to do if re-elected on 31 October 2020.

Doctors in the Netherlands are able to carry out euthanasia on patients with severe dementia without fear of prosecution even if the patient no longer expresses an explicit wish to die, the country’s highest court has ruled.

In a shocking decision by the German Federal Constitutional Court it has been declared that the right to get assistance to commit suicide - even from commercial organisations - for any person, with no requirement for any medical condition or for suffering, is a fundamental right so that the State cannot pass laws unduly restricting the free exercise of this right.

Legalising euthanasia for any Queensland adult with a medical condition that two doctors or nurses think “will cause death” someday has been recommended by a parliamentary committee.

The Health, Communities, Disability Services and Domestic and Family Violence Prevention Committee of the Queensland Parliament has, in a report tabled on 31 March 2020, recommended that “the Queensland Government use the well-considered draft legislation submitted to the inquiry by Professors Lindy Willmott and Ben White as the basis for a legislative scheme for voluntary assisted dying.”

That draft legislation would legalise euthanasia and assisted suicide for any person over 18 years of age, with “an incurable, advanced and progressive medical condition that” two doctors say “will cause death”.

The Committee recommended also allowing two registered nurses to make the eligibility assessment and one of the nurses to administer the lethal poison to kill the person.

Victoria's Voluntary Assisted Dying Review Board’s Report of operations June to December 2019 reports that 43 people died by assisted suicide following ingestion of a prescribed lethal substance and 9 people were killed by euthanasia by a physician - 52 people in total – between 19 June 2019 and 31 December 2019.

This represents approximately 0.25% of all deaths in Victoria for the period. It is worth noting that it took fourteen years of legalised assisted suicide before Oregon got to this rate in 2012. (The rate has now doubled there to 0.5% of all deaths in 2019). 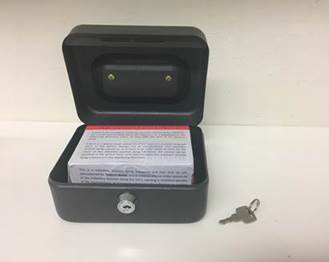